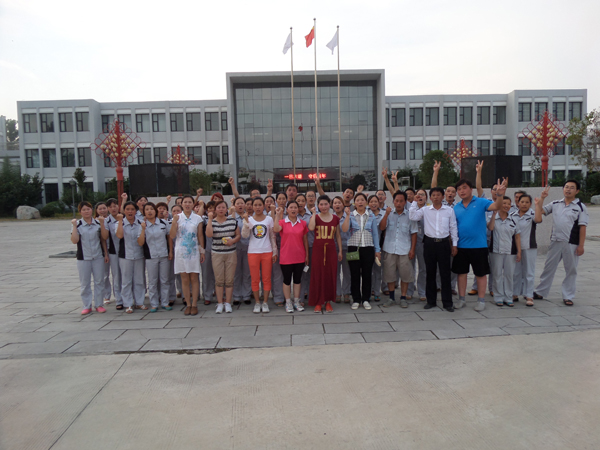 The average temperature reached 34 degrees, the sun was exposed, the asphalt road was baked, and there was no shade in a few kilometers... It was impossible to remember how many times the glare of sweat was thrown by everyone, and it was impossible to calculate how many times the drag was difficult. Footsteps can't be compared to the pain of tearing each other between socks and feet. I can't describe how long the rugged road is. What is certain is that the energy of Huifeng's division can surpass all this! No one backs up, no one gives up! No tears!
However, when they arrived at the door of the company, they waited for the applause and cheers of their colleagues for a long time, so that everyone could not conceive the touch and gratitude of the heart, and could not help but burst into tears.
At that moment, we are so "fragile" and even more so "strong"! 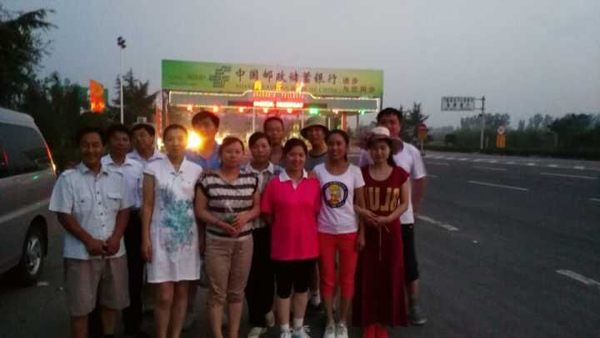 In the big family of Huifeng, we are a group of growing children. Over the years, the company has given us the opportunity to learn and grow again and again. We have carefully crafted, encouraged and honed our efforts, entrusted with heavy responsibility, and loved with sincerity, teaching and dedication, and thanking Huifeng! Grateful to everyone!
The process of fulfilling this promise is the process of reflection on our work, the process of implementation, the process of teamwork, the process of keeping promises, the process of ideological growth, the indelible growth mark of life and the spirit of Huifeng. New height, the new journey of Huifeng mission!

Alnico (AlNiCo) is the first developed a permanent magnet is made of aluminum, nickel, cobalt, iron and other trace metals composition of an alloy.According to different production process is divided into sintered Alnico (Sintered AlNiCo), and cast aluminum nickel and cobalt (Cast AlNiCo).Product shape of the round and square. Sintered products limited to the small size, their production out of rough tolerance is better than the rough cast product can be better workability.

Alnico alloys can be magnetised to produce strong magnetic fields and have a high coercivity (resistance to demagnetization), thus making strong permanent magnets. Of the more commonly available magnets, only rare-earth magnets such as neodymium and samarium-cobalt are stronger. Alnico Magnets produce magnetic field strength at their poles as high as 1500 gausses (0.15 teslas), or about 3000 times the strength of Earth's magnetic field. Some brands of alnico are isotropic and can be efficiently magnetized in any direction. Other types, such as Alnico 5 and alnico 8, are anisotropic, with each having a preferred direction of magnetization, or orientation. Anisotropic alloys generally have greater magnetic capacity in a preferred orientation than isotropic types. Alnico's remanence (Br) may exceed 12,000 G (1.2 T), its coercivity (Hc) can be up to 1000 oersteds (80 kA/m), its energy product ((BH)max) can be up to 5.5 MGÂ·Oe (44 TÂ·A/m). This means that alnico can produce a strong magnetic flux in closed magnetic circuits, but has relatively small resistance against demagnetization. The field strength at the poles of any permanent magnet depends very much on the shape and is usually well below the remanence strength of the material.

Alnico alloys have some of the highest Curie temperatures of any magnetic material, around 800 Â°C (1,470 Â°F), although the maximal working temperature is normally limited to around 538 Â°C (1,000 Â°F).[4] They are the only magnets that have useful magnetism even when heated red-hot.[5] This property, as well as its brittleness and high melting point, is the result of the strong tendency toward order due to intermetallic bonding between aluminium and other constituents. They are also one of the most stable magnets if they are handled properly. Alnico magnets are electrically conductive, unlike ceramic magnets.

Alnico magnets are widely used in industrial and consumer applications where strong permanent magnets are needed; examples are electric motors, electric guitar pickups, microphones, sensors, loudspeakers, magnetron tubes, and cow magnets. In many applications they are being superseded by rare-earth magnets, whose stronger fields (Br) and larger energy products (BHmax) allow smaller-size magnets to be used for a given application.